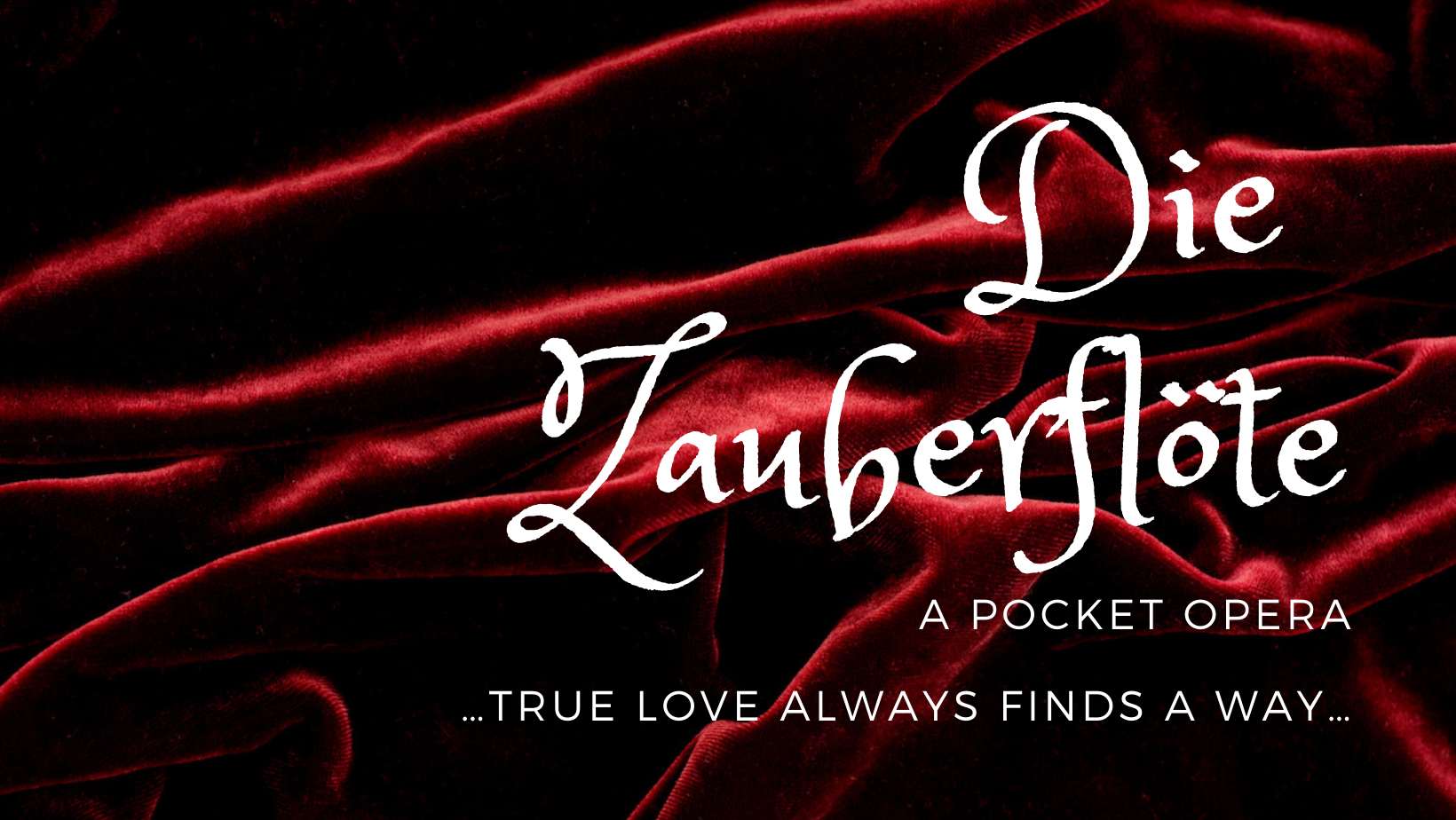 Pocket Operas are condensed versions of your favourite opera designed so artists can learn a major role without the need to stage a full production.

Die Zauberflöte (The Magic Flute) is a mythical tale set between the lands of the Sun and the Moon. The Queen of the Night persuades Prince Tamino to rescue her daughter Pamina from captivity under the high priest Sarastro; instead, he learns the high ideals of Sarastro’s community and seeks to join it. Separately, then together, Tamino and Pamina undergo several trials of initiation, which end in triumph, with the Queen and her cohorts vanquished. The earthy Papageno, who accompanies Tamino on his quest, fails the trials completely but is rewarded anyway with the hand of his ideal female companion, Papagena; Love’s magic. 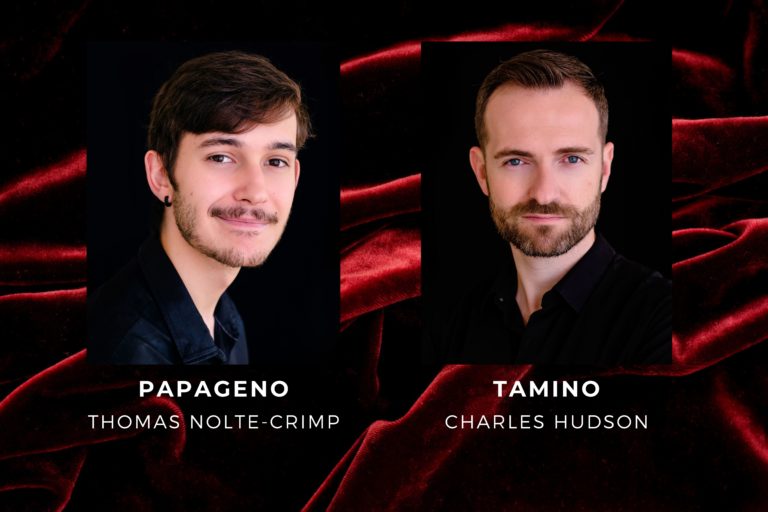 Papageno | Thomas Nolte-Crimp
Thomas Nolte-Crimp is a Baritone currently studying at the ANU, working towards a degree in classical performance, focusing on classical voice. He has participated in National Opera’s inaugural production, the recent ‘La Clemenza di Tito’. Thomas also had a role in Canberra Opera’s Gianni Schicchi and appeared in the chorus for Cavaleria Rusticana. Thomas has always had a love of opera, and has great admiration of the acting, singing and production that goes into a production. Thomas is excited to participate in more opera, and gain more experience through the study and performance of various aspects of the genre.

Tamino | Charles Hudson
Tenor Charles Hudson was born in the Netherlands and following studies in the United States and Europe has developed a reputation for dramatic performance and versatility across opera, oratorio and art song. Charles’ operatic roles have included Don Ottavio in Don Giovanni, Rodolfo in La Bohème, Gastone in La Traviata, Bastien in Bastien und Bastienne and Harbonah in Esther. He has also appeared in the Australian operas From a Black Sky and The Transposed Heads, and National Opera’s La Clemenza di Tito. Following his role début as Tamino, he will appear in National Opera’s La Rondine (Gobin, Prunier cover) in October. 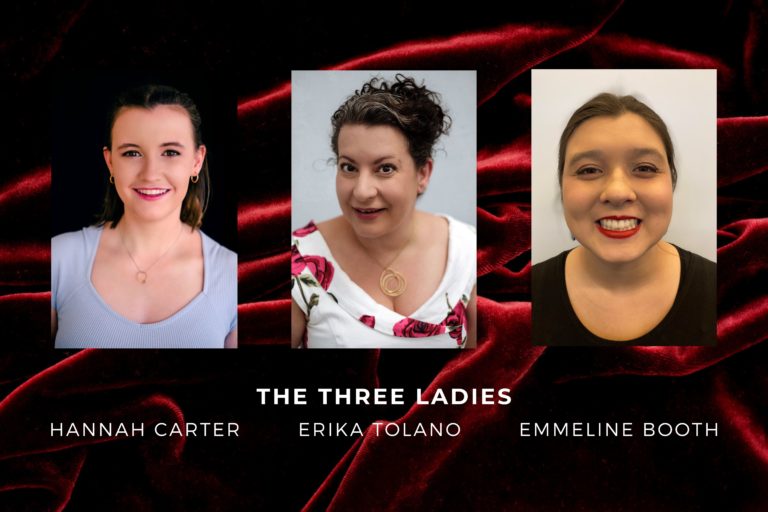 First Lady | Hannah Carter
Hannah is a Canberra based soprano whose voice is “soaringly beautiful” (Stage Whispers). With a passion for all things voice, Hannah holds both a Bachelor of Music (2016) & a Masters of Speech Pathology (2018). Hannah’s recent stage experience includes Lauretta (Gianni Schicchi; Canberra Opera), First Knabe (Magic Flute; MCM), and ensemble in Cavalleria Rusticana (Canberra Opera), The Flying Dutchman (Melbourne Opera), and La Clamenza di Tito (National Opera). Hannah was also a young artist with Opera Scholar Australia (2017-19) where she held the ‘Jamie and Prue Parish’ Scholarship, was a semi-finalist in the OSA Aria and was featured at events including Opera in the Alps & Opera in the Market.

Second Lady | Erika Tolano
Die Zauberflöte holds a special place in my operatic journey. A beautiful hard-bound score embossed with my own name was given to me for my eighteenth birthday – some thirty years ago now! It was the first operatic music I ever owned. During my undergraduate studies at the Australian National University I performed the role of First Lady under the auspices of Budget Opera. Years later it became the first work I sang professionally, in the chorus of Opera Australia’s 2001 production. I’m very much enjoying revisiting this piece; exploring the sassy Second Lady in Peter Coleman-Wright’s pocket version for National Opera.

Third Lady | Emmeline Booth
Emmeline Booth is a mezzo-soprano currently studying classical vocal performance in her third year at the ANU with Cheryl Barker and Peter Coleman-Wright. She appeared in Canberra Opera’s Gianni Schicchi and Cavalleria Rusticana (2019). She has also been extremely privileged to have sung lieder at the residence of the Austrian ambassador and to have performed as part of Clarion quartet in the National Portrait Gallery. Other than her singing pursuits, Emmeline is concurrently completing a second degree in science. Emmeline is very excited to make her role debut in Third Lady in her first National Opera production. 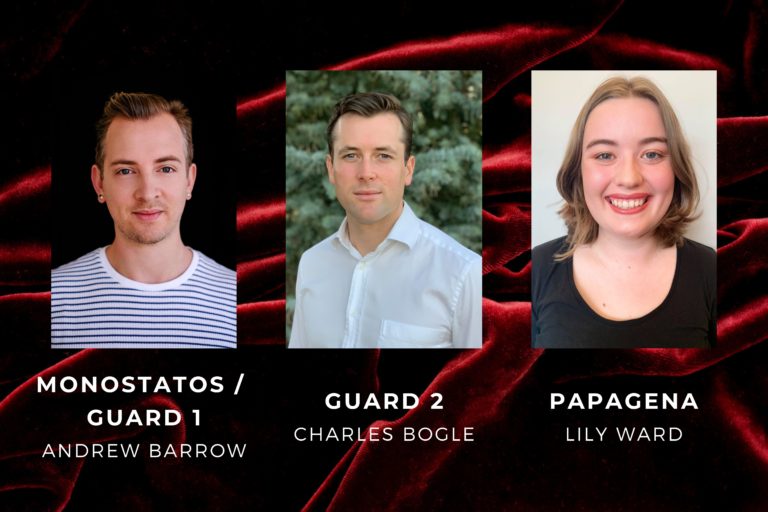 Monostatos & First Guard | Andrew Barrow
Andrew attended Wollongong University and the Australian National University for performance and voice. He has performed a number roles for Canberra Opera and most recently appeared for National Opera’s La Clemenza di Tito. His first opera appearance was as a Guard and in the ensemble for Die Zauberflöte with the Australian National University and is excited to come back to the production in these two roles. Before the end of the year he will appear in National Opera’s La Rondine (Giovane, Gobin (understudy), ensemble). Andrew has performed in concert in and around Canberra and is currently under the tutelage of soprano Sonia Anfiloff.

Second Guard | Charles Bogle
Charles’s vocal training began aged 8 as a treble with the St George’s Cathedral Choir in Perth. Here he became a regular soloist, was awarded the Grace Medal for excellence and was installed as Head Chorister. Charles continued with the choir as a lay clerk, performing with ensembles such as the Academy of Ancient Music. Charles also sung with West Australian Opera’s children’s chorus, and performed the role of Caspar in Richard Mills’s Batavia for the Perth Festival. He continued in WAO’s mainstage chorus for several seasons prior to moving to Canberra. Other credits include Harlequin/Major-Domo in Ariadne auf Naxos and Lord Rochefort in Anna Bolena, both for OperaBox. In Canberra, Charles has performed with Luminescence Chamber Singers, Coro, the Canberra Bach Ensemble, and the Canberra Symphony Orchestra.

Papagena | Lily Ward
Lily Ward is a soprano currently completing her Bachelor’s Degree in Classical Voice at the Australian National University. Her voice training experience includes working with Bel Canto Australia, Cheryl Barker-Wright and Peter Coleman-Wright at ANU. She is passionate about opera voice, and in particular, Romantic Opera.

Lily recently performed as Barbarina in the National Opera performance of Le Nozze of Figaro and has performed on the ABC and 3mbs radio. She looks forward to working further with National Opera in La Rondine later this year. 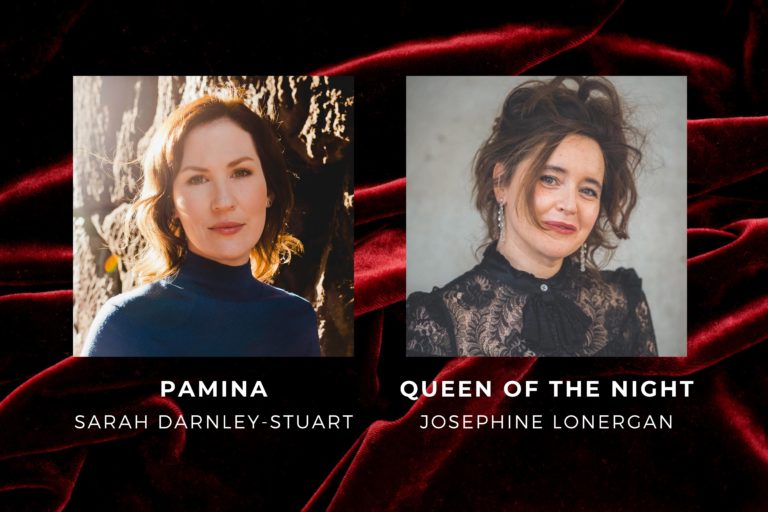 Queen of the Night | Josephine Lonergan
Josephine Lonergan is a Dramatic Coloratura Soprano originally from Canberra, Australia. She completed a Bachelor of Arts at the ANU before gaining her Bachelor of Music in Voice Performance from the Canberra School of Music, and a Postgraduate Diploma of Opera from the Sydney Conservatorium of Music. She was awarded a scholarship to undertake further study at the Royal Northern College of Music, Manchester, where she studied with David Maxwell Anderson, and where in her final year she was a finalist in the Elizabeth Harwood Memorial Prize. After completing her studies in Manchester, she lived and worked in London where she undertook the Advanced Opera intensive at Riverside Studios, studying with Joy Mammen. Josephine has performed in many concerts, oratorios, operas and opera excerpts both as a soloist and in chorus, and has appeared as a soloist with the Australian Chamber Orchestra under the auspices of the ACO Emerging Artist Programme directed by Richard Tognetti, performing the repertoire of Dawn Upshaw in preparation for the ACO European Tour with her. 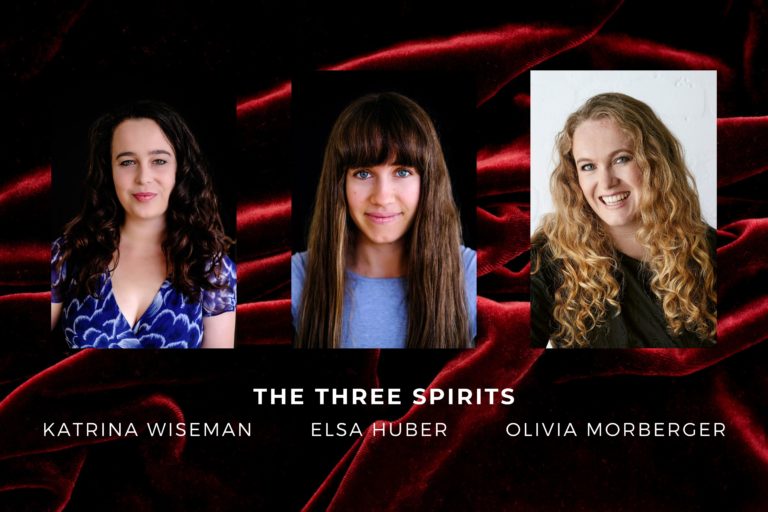 First Spirit | Katrina Wiseman
A graduate of the ANU School of Music and a former Opera Australia Regional Scholarship holder, Katrina has been studying classical voice since 2014 and is currently being taught by Cheryl Barker AO. While at the ANU, she was the recipient of the Bill Hislop Prize, the Christel Larko Scholarship and the Llewellyn Choir Prize. She has completed multiple young artist programs, including the Vocal Academy of Orvieto (Italy), the Cuskelly School of Music (Brisbane) and Opera Lab (Sydney). Katrina’s operatic roles include Despina (Cosi fan Tutte), Clarice (Il Giuoco del Quadrilgio), La Suor Zelatrice (Suor Angelica), Lauretta & Ciesca (Gianni Schicchi), and most recently performed in the ensemble for National Opera’s production of La Clemenza di Tito.

Second Spirit | Elsa Huber
Elsa is a young vocalist, teacher, and composer, studying Music and Arts at ANU. She is learning classical voice with Cheryl Barker and Peter Coleman-Wright. Elsa recently performed with the National Opera chorus in La Clemenza di Tito, and she sings with the Canberra Bach Ensemble Choir, Kompactus Youth Choir, and the ANU Chamber Choir. She teaches theory and aural for the ANU Open School of Music and Luminescence Children’s Choir. Elsa’s first commissioned original work was premiered in Melbourne in 2019. She also wrote and contributed to the performances of six pieces for the 2018 Canberra International Music Festival.